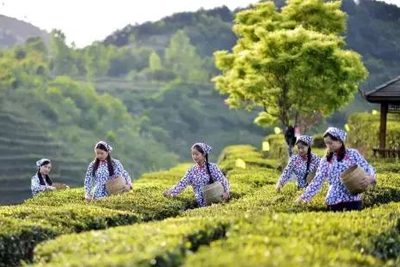 Around 115 million people are employed in the tea industry of China, an official of China’s Ministry of Agriculture and Rural Affairs said.

Pan Wenbo, an official with the ministry, said at the 2019 “Belt and Road” International Tea Industry Development Forum, held in central China’s Hubei Province from Tuesday to Wednesday, that among the 115 million people, about 80 million are tea farmers.

China’s tea industry has developed rapidly in recent years. Its tea planting area and annual tea output rank first in the world, according to Pan.

The planting area of tea reaches more than 2.9 million hectares and the annual output is about 2.6 million tonnes, accounting for 60 percent and 45 percent of the world’s tea planting area and yield, respectively.

Pan said more than 10 percent of the tea output is exported every year, with an annual export value of 1.6 billion U.S. dollars.

The ministry will introduce new technology into the tea industry, improve tea quality and promote tea brands in the future, according to Pan.