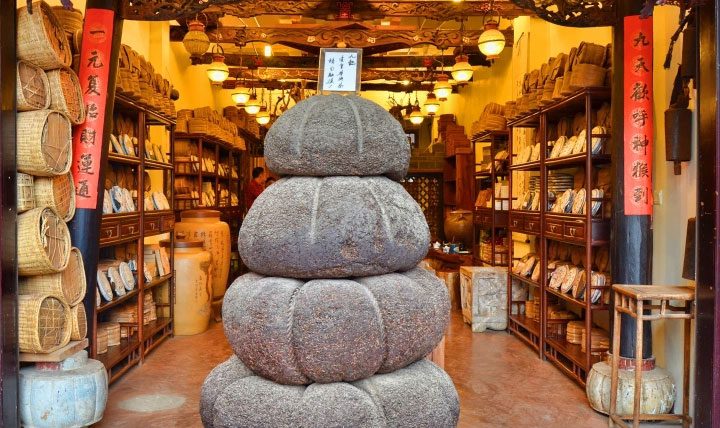 Now that the contagion has spread to Italy, shop owners are taking a hit comparable to their Chinese counterparts.

“Being in the “orange” zone we’ve seen the downtown area of Milan losing its fabric, most people (not all, fortunately) are just not going out and are avoiding close contacts with others (i.e., any crowded area) We’re currently recording a drop of 40% to 50% both in the store and the tearoom. We’ve adopted the sanitary ordinances that set a “safety perimeter” of one-meter minimum distance from others and have had to cancel all planned events and tea seminars,” writes a veteran shop owner who established his specialty tea business in 2008.

In China, a Kamen survey of 2,000 shop owners, those with ten shops or less, revealed that 75% of the stores closed during the epidemic. Closures were due to policy prohibitions (primarily in Hubei Province) and concerns about personnel safety as well as the absence of foot traffic.

Revenue, compared to the same period in the previous year, declined to zero at 65.9% of the shops surveyed. Business declined 50% to 80% at 19% of the shops. Asked to evaluate the loss, 65.93% of shop operators said the event was devastating, with 30.97% saying the impact is controllable. Only 3.1% reported minimal impact. The Chinese government has announced subsidies, low-interest loans, and relief from taxes for retailers in the vicinity of Wuhan.

Starbucks announced this week that 85% of its shops in China have reopened. In a letter to the U.S. Securities and Exchange Commission, Starbucks estimated losses of $430 million from the closure of half of its Chinese shops.

Fearful of the impact on shipments of green tea imports, Morocco is hoarding tea. The president of the Moroccan association of tea and coffee manufacturers (AMITC), Mohamed Astaib, announced that Morocco had imported enough tea to last six months as a preventive measure. Logistics is partly to blame as hundreds of thousands of containers stacked up at China’s 34 ports.

In an article published by the China Media Times Tea Weekly Yu Lu, vice president of the China Chamber of Commerce of Import and Export of Foodstuffs, Native Produce and Animal By-Products (CFNA) said that Morocco, China’s largest trading partner, implemented stringent standards for pesticide residue for 60 chemicals. As a result, sales decreased by 4.2%.

The tea floor at Fortnum & Mason in London’s high street is stocked exclusively with tea sourced globally. In first for the company, it will now sell a non-caffeinated children’s tea in four flavors.

The decision follows a U.K. consumer shift to tisanes, which are growing in popularity. Hardly stodgy, the fabled tea company reaped a windfall last year on sales of a bottled sparkling tea.

Fans of the widely acclaimed television series Vikings gave a nod of understanding with word that researchers attribute the Viking’s barbarian behavior to a hallucinogenic herbal tea. Warriors high on a brew of stinking henbane amd alcohol experienced less pain, according to Karsten Fatur, an ethnobotanist at the University of Ljbuljana in Slovenia. Fatur speculates that ingesting this tea before battle led 9th century Norse Berserkergang “berserkers” to howl like beasts as they rushed wildly into battle wearing animal skins and little armor. Unchecked aggression, unpredictability, and dissociative effects, such as losing touch with reality, might have allowed them to kill indiscriminately without moral qualms, writes Fatur.