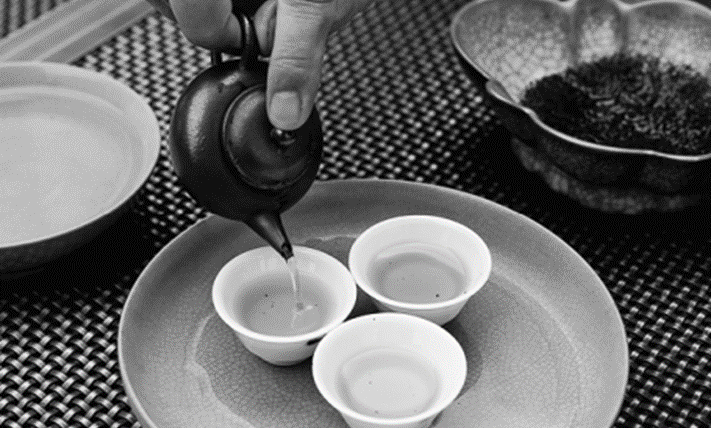 For Chaozhou people, a cup of tea is about far more than just quenching their thirst－it is a kind of ritual, communication and relaxation. It finds its full expression in gongfu tea, a local traditional tea ritual prevailing in the city in South China’s Guangdong province.

With its set of specific procedures passed down from ancient times, the ritual was listed among China’s national intangible cultural heritage in 2008.

“It is not for personal ostentation but shows our lifestyle, that is, no matter how hard we work, we can still manage to find a way of enjoying ourselves,” said Huang Jingzhong, vice-president of Hanshan Normal University in the city.

Though the “gongfu” in gongfu tea sounds like kung fu, it has nothing to do with martial arts, but rather, means focusing attention and spending elaborate efforts making the tea, said Ye Hanzhong, an inheritor of the cultural heritage.

Gongfu tea features a small tea set. Typically, the teapot used for it can fit into the palm of an adult’s hand and each of the cups without handles is smaller than a table tennis ball.

Instead of waiting for the tea to cool down to a suitable temperature, it only takes a few minutes to serve a steaming cup of tea during a gongfu tea ritual. So no tender green tea will be used for the ritual, instead semi-fermented oolong tea is a popular choice.

Dancong (single bush) tea from Chaozhou’s Fenghuang Mountain, a type of oolong tea, is a local favorite. After a sip of the strong tea, the taste lingers subtle and sweet, bringing about a feeling of relaxation and refreshment.

“From where you pour the (steaming hot) water from the pot, such as the height and angle, as well as the water temperature, will affect the flavor of the tea,” Ye said, adding that tea leaves of the exact same variety brewed in the pot can come out with completely different flavors.

No step in the ritual is unnecessary－all the procedures and standards are designed to make a satisfactory cup of tea for guests－from the choice of the tea-making utensils to tea-making techniques and tasting tips, he said.

“It is natural to follow the procedures when making gongfu tea. Like a kung fu master, it has become an instinct to react, without a conscious effort to recall what to do next.”

One of the steps is called Guangong (an ancient Chinese general famed for his good faith) Patrolling City, where each cup, set together in a triangle, is liked to a city gate, and the teapot is moving around them to serve out the tea evenly without pause, like a general patrolling recently gained ground.

Another is called Han Xin Inspecting Troops. It has no connection with military operation, though Han was a talented ancient military chief.

In this step, the last few drops of tea will be shared among the cups to empty the teapot. During the process, the host can adjust the taste of each cup of tea according to each guest’s personal preferences, by adding or reducing the tea in each drop distributed.

“The ritual itself is a dialogue between people and tea, the host and the guests,” he noted. “Intangible cultural heritage is a vehicle for communication, promoting folk conventions and unique lifestyles.” 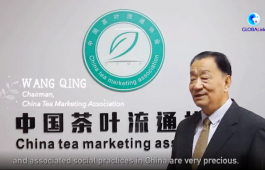 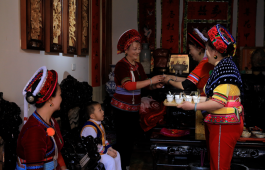