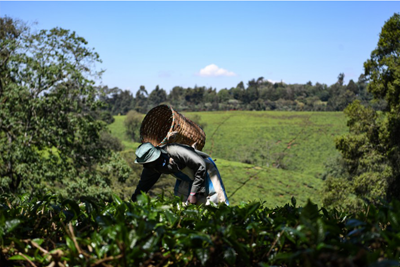 Kenya’s tea exports in the first seven months of the year declined marginally, pulled down by the outbreak of COVID-19.

NAIROBI, Sept. 6 (Xinhua) — Kenya’s tea exports in the first seven months of the year declined marginally, pulled down by the outbreak of COVID-19, a new report released on Saturday reveals.

The report from the Agriculture Food Authority’s Tea Directorate shows that exports stood at 289 million kilos between January and July, a decline from 293 million kilos in a similar period in 2019.

Pakistan remained the top buyer of Kenya’s tea during the period, importing 97 million kilos, followed by Egypt 56 million and the United Kingdom 30 million.

In a similar period in 2019, Pakistan imported 106 million kilos of the Kenyan tea, while Egypt 57 million and Britain 26 million.

Tea exports were higher in the first quarter but were subdued in April, May and June before starting to rise in July, according to the directorate.

“Access to some markets is still a challenge due to the impact of COVID-19 pandemic on commodity distribution and trading across the globe,” the directorate says.

Seasonal and emerging markets that recorded increased export volumes include India, Poland, Switzerland, Ukraine, Malaysia, Uzbekistan, Bangladesh and Kyrgyzstan, according to the directorate.