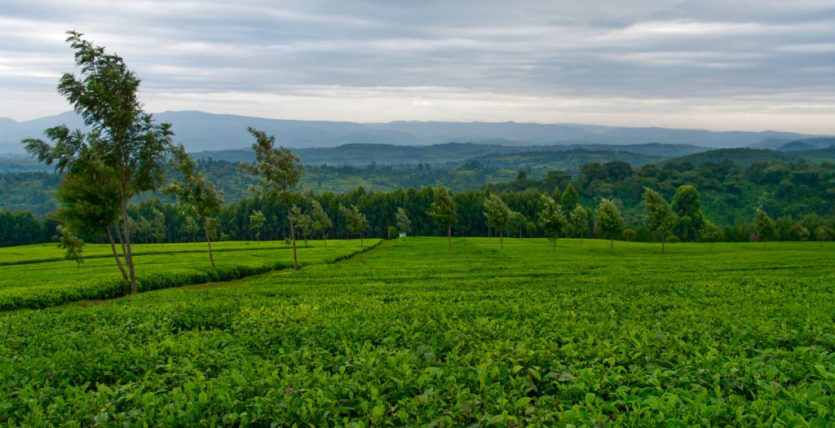 An oversupply of tea increasingly places Kenya-grown tea at a disadvantage at the Mombasa Tea Auction where volume is less a priority as demand for quality rises. Competing nations are sometimes getting better prices as discerning buyers contend with a glut of tea.

Kenya is the world’s largest exporter of black tea.

A bounty of tea does not benefit industrious Kenyan growers when prices fall 18.6%. Revenue through June stood at Ksh69.7 billion ($7.1 billion) compared with Kh85.7 billion ($8.8 billion) the previous year.

Kenya is once again experiencing the downside of ideal weather conditions and growing efficiencies in production. The nation’s tea growers, virtually all cultivating small tracts of land, have honed their skills in recent years to better cope with harsh weather and expensive inputs.

Smallholders now produce 90% of Kenya’s tea but multinationals, where production costs average $1.90 per kilogram have also suffered. Workers expressed concern that this year’s annual bonus payment of Sh8.9 billion ($85.8 million) is down from Sh11.2 billion ($108 million) last year, resulting in bonus payments to growers of only 11 shillings per kilogram, of green leaf.

Smallholders protested the decline, threatening to tear out tea bushes in Kissii and Muranga counties and filing lawsuits to force the Kenya Tea Development Agency (KTDA) to reduce factory costs.

to KTDA, “The cause of low bonus payment should be blamed on the international market, and not be attributed to factories. In the past four years, the same directors have presided over better bonus payments.”

Tea prices during the first six months of the year averaged a mere $2 per kilogram of tea for the five East African countries that sell at the Mombasa auction, according to reports in . In July exports reached a recent low of $1.76 per kilogram, compared to $2.98 in July 2017. Currency devaluation and slack demand due to sanctions placed on Iran also contributed. Inflation in nearby Sudan, for example, has increased to 70% dampening demand.

The huge increase in tea production, “had an impact on the global prices and has resulted in reduced income for our factories,” to Lerionka Tiampati, KTDA managing director.

At a press conference Tiampati told reporters Kenya must lessen its reliance on export and, “promote local consumption especially among the youths through the introduction of new specialties and flavored tea varieties.”

During the year ending in June, small-scale farmers in Kenya led in tea production at 481 million kilograms followed by Uganda at 61 million, Tanzania at 37 million, Rwanda at 30 million and Burundi at 9 million, according to Tiampati.