Tea Growth Rate in Western Europe is Expected to Decline 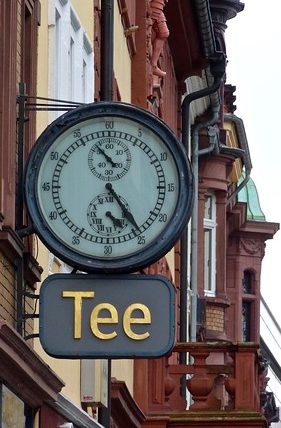 Tea Growth Rate in Western Europe is Expected to Decline

Forecasts of overall over the coming few years are around half those made 2-5 years ago for the same time frame. Then, growth was expected to be in the 5-6 percent range. Now, estimates are uniformly under 3 percent and are as low as 1 percent. This contrasts with those for the Asia-Pacific region, where growth is expected to be 7 percent per anum for the coming decade.

Much of this lowering of expectations reflects the uncertainties and disruptions of the still unresolved Brexit chaos. Most recently, concerns about a recession are spreading, mainly fueled by U.S. trade war threats and slowing exports. In January 2018, forecasts for Eurozone growth were for a healthy and sustained 3 percent. In April 2019, the German government halved its estimate for its pace-setting economy from just 1 percent to 0.5 percent.

The tea market of Western Europe is one where “on average” and “typically” don’t mean much. First, Western Europe hard even to define. There is the CIA classification of Western Europe composes the seven countries that formed the Cold War bastion of anti-Soviet democracies. Some definitions show it as 13 countries – or 17. When Scandinavia and South West Europe (Andorra, Spain and Portugal) are included, the total leaps to 23.

However defined, Western Europe is a market of contrasts. It includes two of the world’s highest tea consuming nations: Ireland, which ranks at the top along with Turkey, and the UK in fourth place in most surveys. In many regards, Western Europe is marked by a tea or coffee divide. Approximate figures are: UK and Ireland 2 kilograms per capita, Netherlands and Germany 0.8. Switzerland, and France, Spain, Italy and Scandinavian countries all less than 0.2.

The range is very wide, but the same general pattern emerges across imports and retail sales: a sustained 2-3 percent drop in volume but an increase of 3-5 percent in value. That seems to be the single most useful statistic for assessing demand within and across countries and targeting consumers and product innovation. Simply stated, it means  people drink less commodity black tea and more premium teas of all types in close to every market forecast and industry analysis. This trend has been continuous over the past decade.

France is useful as an illustration. It ranks 8th out of 17 countries surveyed in per capita tea consumption and even lower in black tea. All the market growth is for green and herbal/fruit blends. The mainstream retail supermarkets and giant hypermarchés such as Carrefour are losing market share as are the major brands like Lipton.

France has for centuries been outstanding in its tea dining tradition, with Mariage Freres providing the blueprint for the tea shop in whatever heaven you believe in. Le Palais des Thés and Kusmi are noted for their blends. Unilever acquired the French Elephant company as a base for innovation in flavored teas. Les 2 Marmottes has been successful in building a specialty in aromatic tisanes that are sourced entirely from French farmers. At the other end of the market, French teabag tepid offerings aspire to but rarely achieve mediocrity. Mediocre tea doesn’t sell as easily as it used to.

These trends in the French market seem structurally general: