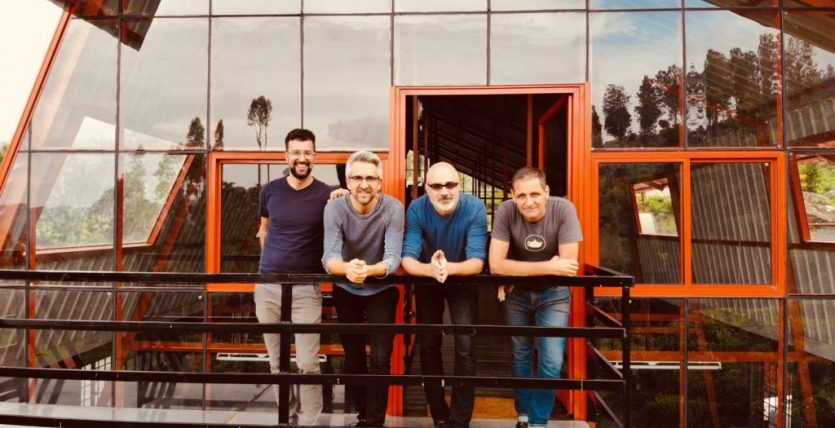 Tea enthusiasts and entrepreneurs have a comprehensive resource for tea education in the Third Edition of Tea: History, Terroirs, Varieties, which was released by Firefly Books in December 2018. Written by the four co-owners of the World Tea Award winning teahouses in Quebec, Canada: Kevin Gascoyne, Francois Marchand, Jasmin Desharnais, and Hugo Americi, it covers every facet of tea.

“Until the early 2000s, tea books were based on the same original tea book, they were all based on each other,” Gascoyne said. “So when our book came out, it was a bit of a different approach because it was very much based on first-hand experience with buyers in the field.”

The four authors regularly travel the world tasting teas for their teahouses and prior to writing the book, they had amassed copious information and photos that they decided to compile and share with the public. Each of the authors knows several tea producers and has solid networks in the countries from which they source tea. They were interested in the historical, socio-economic, botanical, and manufacturing sides of the tea industry. ‘We wanted to write a basic reference book for the general public—for people who knew nothing about tea, and also to interest people who already knew a lot about tea,” said Gascoyne. “And it really does cover all audiences.”

Another distinguishing characteristic of the book was its inclusion of lab testing on antioxidants and caffeine.

Manufacturing techniques in the book inspired tea companies to use it as a training manual.

The Third Edition contains 20 additional pages, which mainly cover the popular topics of pairing tea with food, and tea mixology. Camellia Sinensis has been offering workshops on pairing and mixology for 15 years. “We thought these topics were quite relevant because more and more people seem to be interested in them,” Gascoyne said.

The book is comprised of four parts, with 17 succinct chapters. Part One, From Garden to Cup, covers the cultivation of tea and the tea harvest. Part Two, From One Terroir to Another, covers China, Japan, Taiwan, India, Sri Lanka, Nepal, Vietnam and East Africa. Part Three, From Cup to Plate, goes into the art of preparing tea, has a short tasting guide, and talks about tea’s contribution to the world of gastronomy. Part Four, Tea and Health, explains the chemical components of tea, the virtues of tea, and presents the biochemical analysis of 35 teas.

The English language version of the book is being distributed to bookstores across the United States, Canada and the United Kingdom. The French version is available in France, Luxemburg and Belgium.

“We get so much good feedback about the book,” said Gascoyne.

will be a Speaker at the in Las Vegas, June 10-13, where he will speak at the following Sessions: